The relatively nascent logistics sector in Vietnam has grown rapidly over the last decade but it is hampered by weaknesses including a dearth of qualified staff and a lack of professionalism, heard a conference Monday.
Before 2000, there were not many Vietnamese firms involved in the sector compared to the hundreds of national companies and joint ventures with overseas companies that currently operate in the market.
Do Xuan Quang, director of Human Resources Training and Development at the Vietnam Association of Freight Forwarders (VIFFAS), said there were many factors behind the logistics boom in Vietnam.
The development of the air and sea-freight industry in recent years and the official recognition of logistics as a business under the Commercial Law in 2007 were major factors, he said.

Big improvements in Vietnam’s storage facilities and fast tracking of goods through the customs department’s new and simplified procedures also created more room for the sector to grow.

A VIFFAS report says Ho Chi Minh City has about 600 logistics enterprises out of a total of 800 nationwide.
Experts said the fast pace of growth in logistics would help Vietnam surpass its neighbors including Thailand (1,100 companies), Singapore (800), Indonesia and the Philippines (700-800 each) in terms of the total number of registered firms.

Vietnam ranked fifth after Malaysia, China, Thailand and Indonesia in the World Bank’s survey of logistics performance index 2009 for the East Asia region.

The assessment was based on several categories including customs procedures, infrastructure, logistics competence and tracking ease.

Quang said a typical weakness of the home industry was the small size of Vietnamese firms and a lack of professionalism among its workforce.

“Most companies can only handle parts of logistics works,” he told Thanh Nien Daily. “The technology being used is at a low level compared to other regional countries.”

Bui Van Quy, deputy director of the Saigon Newport Holding Company, noted that: “Among the leading logistics joint-ventures in Vietnam, foreigners still predominantly manage the operations.
“The logistics boom has led to a shortage of qualified workers who have a solid knowledge of foreign trade, international payments and customs law,” he said.

According to VIFFAS, its 120 member companies have about 5,000 full-time and 4,000-5,000 part-time employees.
Quang estimated that there were another 10,000 employees working in non-member logistics firms, taking the total workforce to about 20,000 nationwide.

They come from three main sources: older, key leaders without professional training; middle-level managers who have attained tertiary education from universities in economics and foreign-trade; and fresh graduates with no experience, he said.

“There is said to be only one Ph.D. in logistics who has just returned from the Netherlands,” he added.
The preponderance of unqualified workers has sometimes created turmoil in the industry as competent people are always head-hunted by other companies, said Nguyen Xuan Diep, director of Bee Logistics.
“As recruiters increase salaries, employees are prone to frequent job hopping, which is bad for companies that pay a lot of attention to training,” he said.
Solutions

Quang said Vietnam needs a national strategy for developing the logistics industry including training and re-training courses at leading universities and colleges.
“The other ways for the logistics community to improve the quality of their workforce is to open short-term courses on a regular basis like we do at VIFFAS,” he added.
Under Vietnam’s WTO commitments, restrictions on the percentage of foreign ownership and other restrictive conditions will be gradually removed.
By 2012-2014, wholly invested foreign logistics firms can be set up in the country, vastly increasing demand for a qualified workforce.
Doan Thi Hong Van, deputy head of the faculty of Tourism, Commerce and Marketing at the city’s University of Economics, said in the next few years, General Logistics and Logistics Management would be optional subjects under a credit-based program in her faculty.
Quang suggested there should be close co-operation between logistics enterprises and universities.
“Enterprises, for example, could receive interns, provide funds to build schools or send speakers regularly to seminars,” he said. 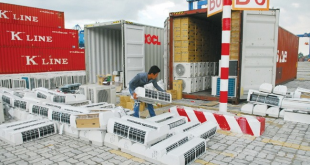 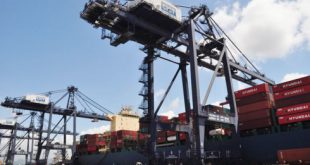