Hanoi (VNA) – Rice prices in the Mekong Delta region continued to increase slightly in the past week, according to Vietnam Food Association.

Specifically, the highest price of summer-autumn unhusked rice at the field is 5,100 VND (22 US cents) per kilo, an increase of 100 VND compared to the average price is 4,950 VND per kilo. Five-percent broken rice is sold at 9,400 VND per kilo at the highest, up 186 VND against the normal one.

Statistics from the Institute of Policy and Strategy for Agriculture and Rural Development showed that the price of unhusked rice remains stable in Soc Trang province with Dai thom 8 is an exception. This type of rice is sold at 7,300 VND per kilo, a decrease of 200 VND per kilo.

Other localities in the Mekong Delta also saw the price of unhusked rice unchanged.

Together with an increase of domestic price, the export price of rice rose to a two-and-a-half-month high on September 30 in the context of rising domestic demand and increased purchasing costs. The export price of 5 percent broken rice stood at 425-430 USD per tonne, the highest level since mid-July, compared to 415-420 USD per tonne in the previous week.

Traders said demand is growing in the country as the government buys rice from farmers for reserve, leading to higher domestic prices. However, the volume of rice exports still decline.

Vietnam shipped abroad 4.5 million tones of rice between January and September, a year-on-year decrease of 9.5 percent. The rice shipment in September alone are forecast at 530,000 tonne.

Meanwhile, India’s export price of rice down as the rupee weakened, despite heavy rains in the country raising concerns about rice production.

The price of India’s 5-percent broken parboiled rice has fallen to between 358-363 USD per tonne from 360-365 USD per tonne in the previous week. An exporter from India’s Andhra Pradesh state said that heavy rain for the past several days in the eastern and southern states may affect the country’s early sowing.

Traders said the demand has improved slightly, but expensive shipping costs remain an obstacle for exports of rice. 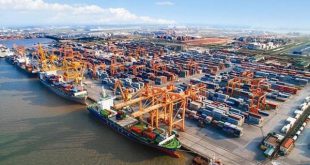 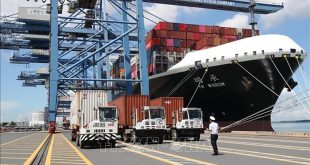