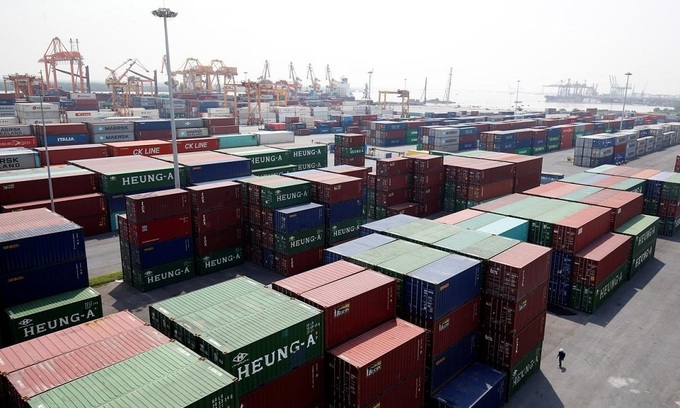 Shipping containers are seen at a port in Hai Phong City. Photo by Reuters/Kham.

Vietnamese ports handled 14 percent more cargo than they did last year, but just 24 percent of it was transported by Vietnamese ships.

Data released by the Vietnam Maritime Administration shows the amount of cargo handled by all ports in the country went up 14 percent to 654.6 million tonnes in 2019. Meanwhile, the number of passengers rose by 22 percent to 7.5 million.

Vietnam’s fleet was ranked fourth in ASEAN and 29th in the world in terms of cargo capacity this year, according to the United Nations Conference on Trade and Development (UNCTAD).

The country’s fleet now comprises of 1,507 vessels, of which 69 percent transport cargo.

The fleet’s total dead-weight tonnage (DWT), which shows how much they can carry, is 7.7 million, compared to Malaysia’s 6.3 million DWT and Thailand’s 5 million DWT, according to UNCTAD.

Although the number of container vessels has increased from 19 in 2013 to 39 this year, Nguyen Dinh Viet, Deputy Director of Vietnam Maritime Administration, said that this fleet mostly transports domestically and has not made greater inroads into global trade.

Vietnam’s container vessels are mostly active in short routes in Southeast Asia and Northeast Asia, accounting for less than 10 percent of the country’s trade value, he added.

Their cargo amount grew 6 percent from last year, less than half of the country’s cargo shipping growth (14 percent). 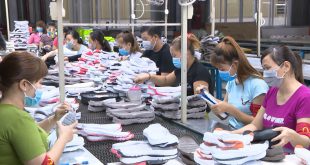 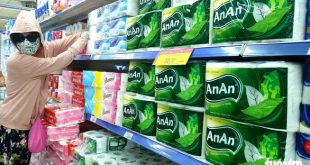 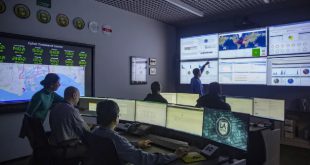