Japanese enterprises mull over relocation of manufacturing to Vietnam

Responding to statements of interest in Vietnam’s investment milieu from Japanese firms, the Vietnamese PM guaranteed the country’s welcoming policies that correspond to global supply chain relocation plans of Japanese entities, among others.

Speaking highly of the Japanese government and the immense contribution of former Japanese Prime Minister Abe Shinzo in the recent development of the comprehensive strategic partnership between the two countries, Phuc also highlighted the timely initiative of supply chain diversification in times of the COVID-19 pandemic by the Japanese government.

Among the 30 Japanese firms who benefitted from the first batch of a supply chain diversification support package from the Japanese government, there were at least 15 firms expressing interest in manufacturing expansion to Vietnam.

From the perspective of the Vietnamese government, Japanese businesses are highly regarded as a community of committed and trustworthy investors who deliver significant efficiency in their business operations, notable contributions to the public budget, as well as environmental protection awareness and responsibility to workers’ living standards.

Vietnam’s lawmaking National Assembly has passed a number of laws, including the Law on Investment, amendments to the Law on Enterprises, and the Law on Public-Private Partnership, to improve transparency, convenience, and investment incentives for foreign entities, the premier said.

On top of that, the participation of Vietnam in free trade agreements such as the Comprehensive and Progressive Agreement for Trans-Pacific Partnership or the EU-Vietnam Free Trade Agreement testifies for the prospects of the country’s investment environment, living up to international standards, Phuc stressed.

“Vietnam’s investment environment is big enough to accommodate ambitious investment projects. It is also a great fit for plans on restructuring and supply chain diversification on either a global or regional scale by international investors, specifically Japanese [stakeholders],” the Vietnamese PM stated while informing the reopening of regular international flights to Japan, slated for later this month.

According to Ambassador Takio, the Vietnamese economy has shown impressive growth and is proving its place in the global scene.

The Vietnam-Japan relationship is being strengthened, a testament to which is a discussion between the countries’ government leaders which took place via phone call last month, the ambassador said.

As the COVID-19 pandemic has yet to show any sign of dwindling, the Japanese ambassador exalted Vietnam for its good risk management capacity, which enabled the country to enjoy the advantage of global supply chain diversification.

International investors, and specifically Japanese investors, are eyeing Vietnam as a destination for their ventures in the ‘new normal’ post-COVID-19, the ambassador said.

A survey by the Japan External Trade Organization revealed that a large number of Japanese business entities hold interest in shifting manufacturing to Vietnam, the diplomat added.

As seen at the conference, Japanese entities mentioned an array of fields for investment in Vietnam, among which are human resources, development of new sectors, supporting industries, and research and development.

On the other hand, the Vietnamese side expressed interest in ventures related to infrastructure, energy, manufacturing, high-quality agriculture, information technology, smart cities, financial services, banking, innovation-based startups, as well as strategic partnerships in the privatization of state-owned companies in Vietnam.

Speaking at the conference, a representative of the Japanese Chamber of Commerce and Industry proposed a preferential mechanism in favor of investments from the manufacturing and machinery industries of Japan, plus the construction of energy infrastructure under the public private partnership framework, both of which are expected to promote Japanese investments into Vietnam’s state-owned companies.

The representative also brought forward preferential mechanisms for high-tech companies and firms mulling over large-scale expansion to Vietnam, as well as incentives for production chains rather than standalone companies.

The Vietnamese PM ordered relevant ministries, departments, and localities to promptly untangle obstacles within their authority.

Vietnam will try its best to allow leeway for the expansion plans envisaged by the 15 Japanese firms during the first batch, all while preparing the mint condition to welcome the next batches, the PM affirmed. 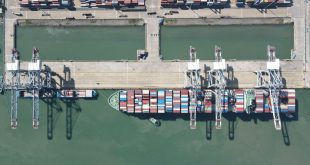 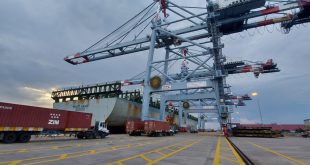 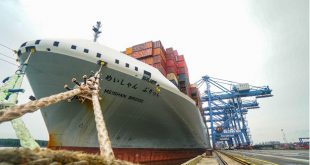