In the run-up to the July 1, 2004 international deadline for implementation of the maritime security measures, adopted by IMO in December 2002, a far-reaching and multi-faceted program of technical assistance by the Organization, aimed at helping Governments strengthen maritime and port security, is in full swing and having a significant impact, particularly in the developing world.
IMO launched its global technical cooperation programme on maritime security in January 2002, 11 months before the IMO Diplomatic Conference on Maritime Security adopted amendments to the SOLAS Convention and the related International Ship and Port Facility Security Code (ISPS) in December 2002. The aim of the global program initially was to raise awareness of maritime security threats and of the possible future regulatory measures that were being developed at that stage. Activities carried out during 2002 included the development of lesson plans and manuals and the delivery of sub-regional seminars, workshops and advisory missions. A total of eight sub-regional seminars or workshops were conducted.

Since the adoption of the ISPS Code in December 2002, training materials have been updated twice in order to place more emphasis on practical approaches to the implementation of the new regulatory regime, with particular attention on the preparation of port facility security assessments and plans. Furthermore, to provide a dedicated source of financial support for the maritime security technical co-operation activities and, in particular, for national initiatives in the developing regions, a Maritime Security Trust Fund has been established. In addition, IMO has developed and published model courses for Ship Security Officers, Company Security Officers and Port Facility Security Officers.

To date, IMO has delivered or supported 19 advisory and needs-assessment missions, as well as high-level briefings at national level, and has organized 18 regional and sub-regional and 35 national seminars/workshops covering all developing regions. To date, 2,691 personnel from maritime administrations, shipping companies, ports and industry and regional organizations have been trained.

IMO is currently in the process of commissioning the production of a training package, which will incorporate relevant elements of the SOLAS amendments, the ISPS Code, the IMO model course for Port Facility Security Officers (No. 3.21) and the ILO/IMO Code of Practice on Security in Ports, which is set to be approved by both organizations during 2004. The training package is likely to incorporate a CD-ROM containing video-clips, written materials and interactive, web-based links.

To further enhance the existing program for maritime and port security, IMO is also developing a related Train-the-Trainer program. The objective is to assist Governments to strengthen regulatory implementation by enlarging the pool of trained instructors capable of delivering high quality maritime security training at the national and regional levels, using IMOs updated training package and its three model courses for security officers. The program will seek to identify potential instructors from Member States and the Industry who, following initial training through IMO, can return to their countries and regions and train other instructors. 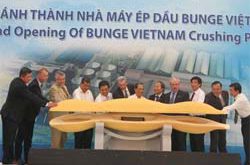 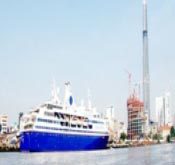 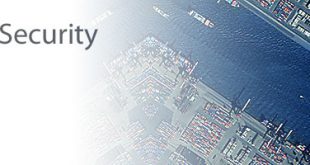